Would you be up for learning car skills at school? 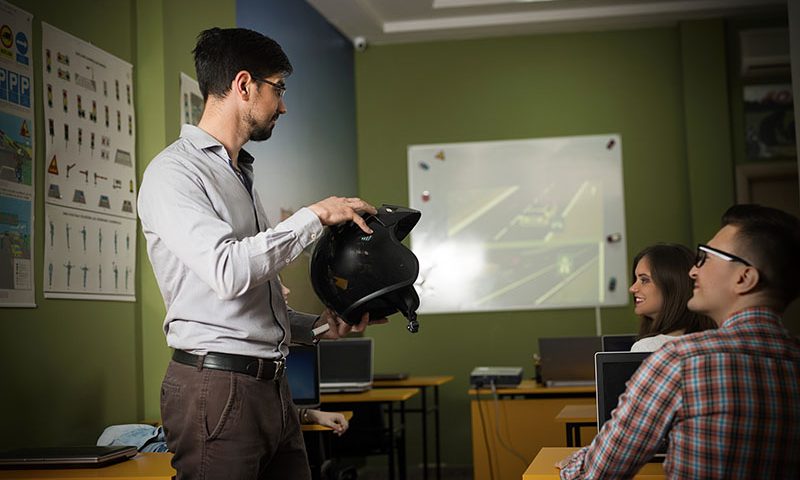 “Good morning class, in today’s lesson we’ll be covering parallel parking and how to change a tyre” …

Doesn’t sound like a regular day at school does it? But if young people had their way, driving lessons and car mechanic skills would be covered on the national curriculum.

In fact, two new surveys have uncovered a thirst for motoring knowledge which could be quenched in the classroom…

Learning to drive is a vital life skill

According to Young Driver, 44% of drivers aged under 25 believe driving lessons should be taught at school, as motoring is such an important skill.

Over half of those surveyed (53%) said passing their test had given them a “huge confident boost”, with 44% admitting it helped improve their self-esteem.

In a separate study, an eye-opening 91% of 18 to 34-year-olds questioned by ClickMechanic said it would be really useful to learn basic vehicle-related tasks, such as replacing a tyre or changing engine oil.

The study found also this young age group placed more value in being able to get hands-on with the mechanics of car ownership, than those aged over 55.

Owning a licence opens the door to new opportunities

Two-fifths (39%) of young drivers in the first study agreed they now think not being able to drive closes avenues of opportunity, while a fifth (19%) say they would be unable to work without their licence.

Meanwhile ClickMechanic – which had presumed older drivers would place more importance on manual labour – pointed out that the younger generation’s propensity for internet use could mean they were more willing to look up videos and learning guides in order to save money on simpler tasks.

ClickMechanic Founder, Andrew Jervis said: “While we would advise customers to seek out a professional technician for more complicated jobs, having some mechanical knowledge is clearly valued overall, and in particular among the younger crowd.”

The research comes at a time when the number of young people learning to drive has dropped by 20% over the last 10 years.

Young Driver Marketing Chief, Laura White said: “Driving is a useful skill that can open up a world of opportunities which might otherwise be impossible.

“But beyond that, it also has the ability to give people a sense of freedom and confidence – 65% of the drivers we questioned said they enjoyed the feeling of freedom driving gave them.”